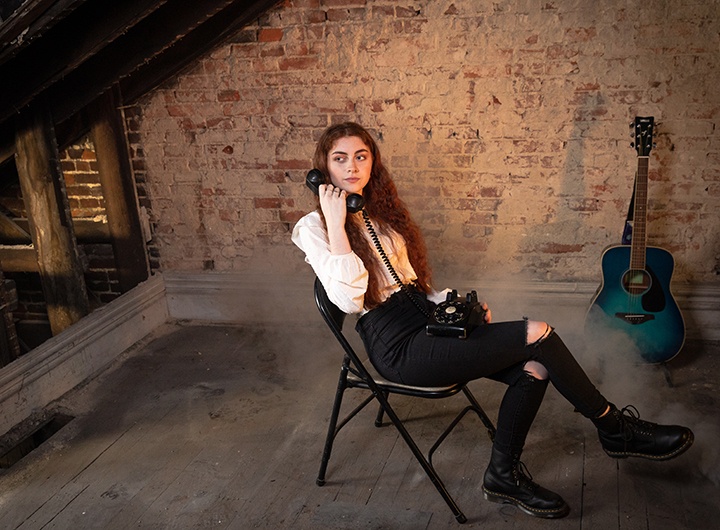 17-year-old Pittsburgh native Lindsay Liebro is so excited to be performing her original songs at this year's Dollar Bank Three Rivers Arts Festival. Lindsay's pop influences and dreamy vocals pair well with her signature blue guitar. After winning WYEP's Singer-Songwriter Competition in 2020 as the youngest contestant, she has gone on to begin achieving many of her dreams. Her first song "Boardwalk" was created as part of the 2021 WYEP Reimagination Project that showcases the talent of young Pittsburgh musicians and from there, it became the most streamed song on the album. In September 2021, her song “Wasted Potential” went viral on Twitter after being confused for an unreleased Taylor Swift song, and her release has since garnered over 500k streams. She was also crowned as this year’s Williams Sing-Off Competition winner and winner of the Lipscomb Songwriting Contest. Currently, she is working with her label, DanceCryDance, to create new music and is planning on studying commercial music in the fall at Belmont University.